Do you wish insight in your Past-Present-Future? Consult the Lenormand Cards

Turn inward and feel what is present now. Click on the cards to gain insight in your past, present and future. Draw the Lenormand cards one-by-one but not too fast. The higher your concentration, the higher the accuracy of of your reading! 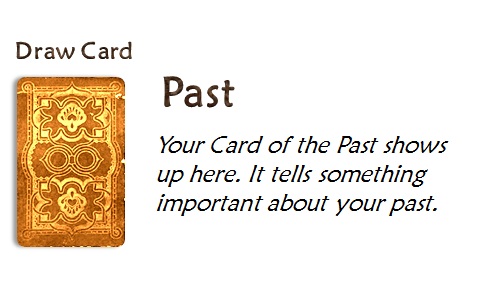 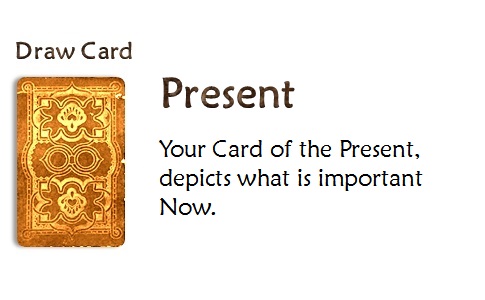 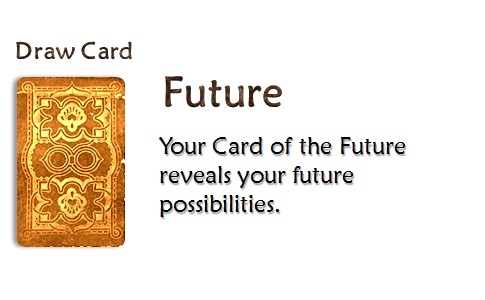 Since ancient times, Oracles were part of everyday life.

The Master Astrologers in the past were experts at predicting the future. Mostly, their cartomancy was related to whether or not, future couples would succeed in having a successful marriage. The use of predicting cards became popular until much later. There are still numerous and beautiful card spreads that can be used to predict future trends and are meant to gain more insight. Most of us are more or less familiar with the Tarot, Angel Cards, Insight Cards and Oracle Cards. On this page, you can consult the Lenormand cards in a Past-Present-Future-Spread format. Have your question clearly in your mind and if the moment feels good, you can start your Card Reading by clicking on the cards. It works the same as with a real Lenormand Card Deck. Discover how these cards can give you valuable insight and how they are able to make your future more tangible.

Mrs. Lenormand is probably the most famous fortune teller of the 19th century. She was both a friend of Empress Josephine (who was crowned by Napoleon), as a confidant of the French statesman Robespierre. The life story of Madame Lenormand is astonishing in many ways. Born in 1772, she entered the royal abbey of Benedictine women at a very early age. Among the sisters, she stood out for her fervent imagination and her clairvoyant talents. Already at the age of seven, she predicted great financial prosperity. Around 1787 she moved to the city of Paris and started to work as a pupil seamstress. The teenager began to lay out predictive cards for the people around her, and over time, she became more and more skilful and famous. At the age of fourteen she left Paris, applied as a saleswoman and resumed her predictive practices.

There was only one thing that really interested her: practicing her card readings with her favorite game, the "Great Eteilla" to further develop her clairvoyant gift. In 1787, the young Lenormand left for London and gradually became the official fortune-teller of the English royal family. Within only three years, she gained prestige and fame! However, the restless Marie-Anne Lenormand became bored and chose to return to her native country. She resumed her life in the Rue de Tournon in Paris, the former address of the famous 18th century alchemist, the Count of Saint-Germain. Because clairvoyance was forbidden in France, it could not be made public. "Bookshop" was all that was written on the sign on her door.

Being clairvoyant during the French Revolution was not a blessing, and she was arrested several times. However, these arrests increased her popularity. The French philosopher, politician and Freemason Marat, Robespierre and the revolutionary Saint-Just, fell in love with the young lady and were enchanted by her accurate visions and predictions. Mrs Lenormand's closest friend, however, was Napoleon's wife, Josephine de Beauharnais. She was her confidante and supported her for many years.

Another influential figure in Mrs Lernormand's life was the Parisian police prefect Fouché. Together, they created a broad network of spies in the French capital. A large number of concierges, servants, dancers, lackeys, courtesans and coachmen were professionally manipulated and bribed. Every day, these "spies" sent confidential reports that supported and expanded both Lenormand's clairvoyant views as Fouché's police reports. At that time, Mrs Lenormand and Fouché were the best informed people in Paris. To this day, the popular Mrs. Lenormand is someone that appeals to the imagination.

Her unfinished manuscripts are a pleasure for many people, but especially her famous Lenormand Cards are still much appreciated and widely used. There are two well-known Lenormand Card Decks; a large deck with 54 cards and a small deck with 36 cards.

At Free Horoscope Tarot you can not only increase your own Tarot intuition and Tarot knowledge. In the course of 2018, you will be able to call tarot specialists or tarot consultants. They are happy to help you and use their experience to provide you with insight into your main life themes and questions. Selected Psychics, Mediums, Astrologists and Life Coaches shall be part of a growing Free Horoscope &Tarot Team.